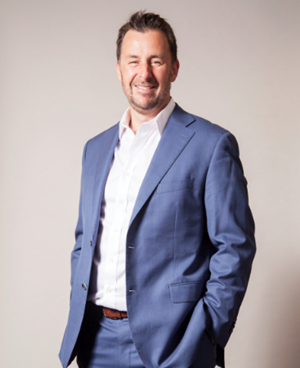 Ian Baggett is the CEO and founder of Adderstone Group, one of the UK's fastest-growing, privately owned property development organisations, headquartered in Newcastle upon Tyne.

Adderstone Group was born out of Ian’s entrepreneurial vision and his passion for the property industry.  Ian's first project in 1994 was funded on the back of a £2,000 inheritance from his gran, his undergraduate dissertation on student accommodation whilst attending Durham University, which doubled up as a business plan and a £13,000 loan from Northern Rock.

Following his time at University Ian became a commissioned Royal Naval Officer with deployments to the Mediterranean and Hong Kong before returning to Durham University to complete a PhD in Political Geography.

Adderstone Group was formally established in 2000 and over the last 18 years has grown exponentially to become synonymous with property development, initially focusing its expertise throughout the North East of England but now working on opportunities throughout the UK.

Alongside a property development focus, the Group includes thriving and forward-thinking Investment, Construction, Management and Estates divisions all which provide collaboration with the fundamental activities of the business in property led markets.

Adderstone posts strong results despite uncertainty in the property sector

The FoodHouse scales up into new home at Baker’s Yard