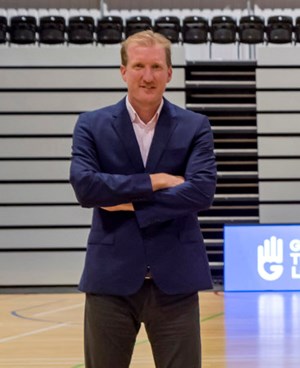 He’s a figurehead for British basketball, credited with building the most successful basketball club in Britain – now is your chance to learn more about Paul Blake, Newcastle Eagles in our very first ‘An Evening with’ event, hosted by Kari Owers, O Communications.

Under his leadership, Paul transformed a loss-making club into BBL’s most successful franchise, having won over 26 trophies since 2005.

After a lifetime renting corporate facilities, Paul invested in the Eagles Community Arena, a £7 million development which officially opened its doors in January 2019. Featuring a 2,700-capacity main court, gym, café, educational space and hospitality rooms, the Arena has welcomed thousands of guests since opening, and most recently is hosting Newcastle GP Services and the NHS, as a vaccination centre treating nearly 30,000 people to date against COVID-19.

Big Question: What Made You Take the Leap into Entrepreneurship?